Montana's Keith Sayers shows off his notoriously pretty bikes April 29, 2010, 2:10 PM By: Ryan Leyba @ EXPN   One of the things that makes motocross and freestyle motocross so cool is how dope the bikes are. I remember being a kid and seeing a Kawasaki KX80 for the first time and thinking it was the raddest thing I've ever laid eyes on -- the neon green made it look like a bike that the Ninja Turtles would ride. Throughout the years, I've always been attracted to good looking bikes and in my opinion, the way a bike looks can really determine the way I view a rider and his riding style. I know it sounds shallow, but it's true. If you have a dope bike that's clean and stylish, then you're doper than the goon who has a duct taped, mismatched turd bucket he washes once a month. So, yesterday we showed off Twitch's sick new Kawasaki KX450F, and before that we brought you exclusive photos of Vanni Oddera's sick steed -- both the gold version and purple version. Being a fan of sick bikes himself, my good buddy and sick FMX rider Keith Sayers enjoyed the photos, but he hit me up asking if he could show off his notoriously sick bikes as well. Of course I said yes, because ever since I've known Keith, his bikes have always made my top three list of the sickest FMX bikes. So, without further ado, check out Sayers' collection of two Yamaha YZ250's (one blue, one white) and one YZ450F. Peep. Photos after the jump.

Keith SayersWhen I'm not riding my bikes, I spend just as much time working on them. I take pride in keeping my equipment in tip top shape because there's nothing better than getting on your bike every time and having it feel like it's brand new. 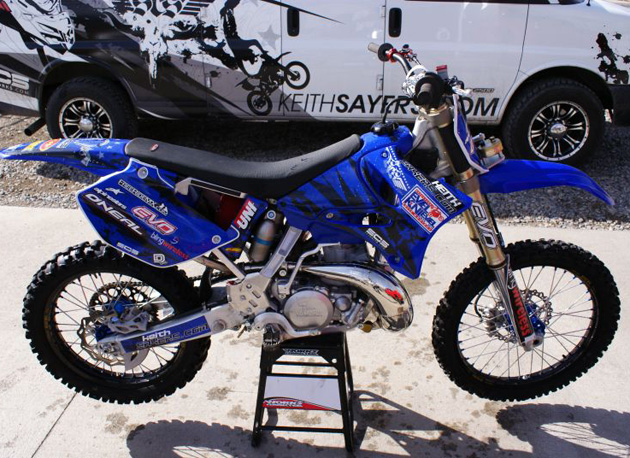 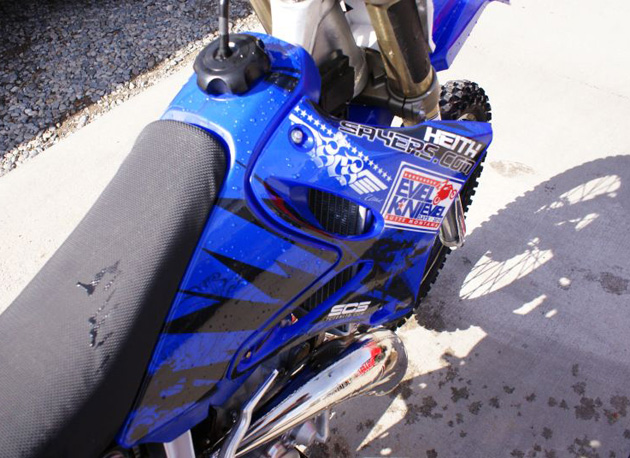 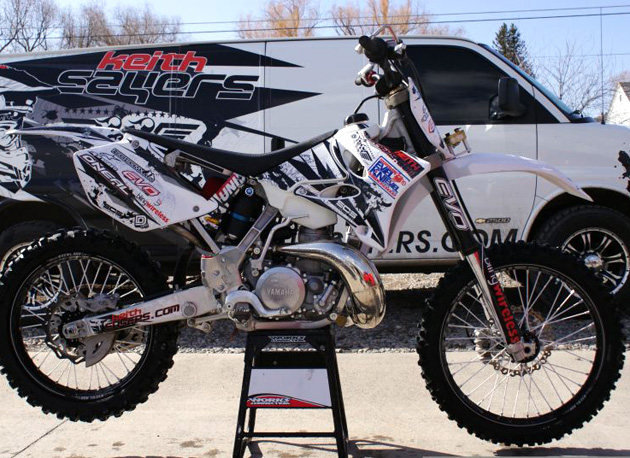 Keith SayersAnd the white one ... oh so pretty.